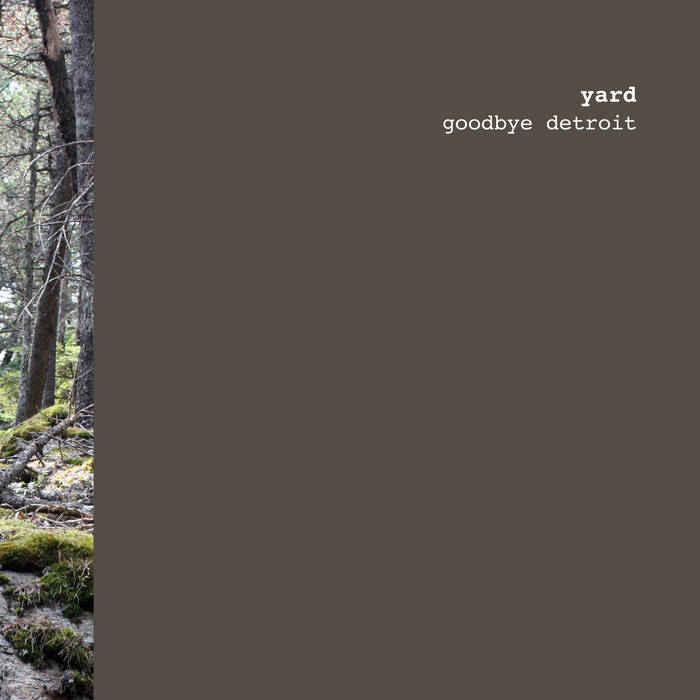 By shear will of force, this album has endured. Begun in Seattle in 2007 with the closing track, Goodbye Detroit, and finishing touches applied in 2011 in Portland. This marks a end to the 3 album trilogy. The first, Deciduous Flood Plains deals with the natural world, trees and water and the forces they exert on the land. The second, Celestial Acid takes to the heavens, exploring parapsychic influences on the world laid out in DFP. Goodbye Detroit deals with the built environment and our place in it and leaving it for another realm.

Goodbye Detroit is an intensely personal album for Yard. This is Yard not caring. Of giving up, only to begin again. Of letting go. Breaking free. This is pure joy. Goodbye dogma. Goodbye stigma. Goodbye fashion. Goodbye hype. Goodbye industry. Goodbye everything. As you listen to this album, please do so from start to finish, without any distractions. Just sit down on your couch or in a field with decent headphones on. Close your eyes and let the music flow over you and into your body. This is music from out of place, out of time. Goodbye Detroit. Welcome warm waves of love and light. Thanks for listening.

into the 4th dimension